Today we turn our attention to Shell – one of the six oil and gas ‘supermajors’ and an IChemE Gold Corporate Partner. Through oil and gas exploration, production, refinement and distribution, Shell makes it possible for us to heat our homes, fuel our cars and cook our food.

But what is it like to be a chemical engineer at one of the world’s most valuable companies?

Exciting, diverse, challenging – maybe all of the above? Check out our latest ChemEngProfiles videos to find out.

(1) You work on meaningful projects that affect various stakeholders, right from the start.

Carlyn Greenhalgh, a process improvement practitioner at Shell, loves the complexity of chemical engineering. She explains how she went from University, to working on a production site with her own unit. Her pilot plant is now being manufactured and sold worldwide.

END_OF_DOCUMENT_TOKEN_TO_BE_REPLACED 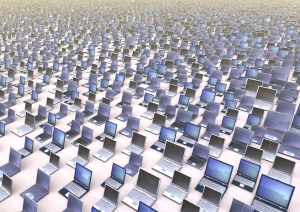 High specification personal computers mean that most of us can perform our jobs sat at home, work or even on the road.

But processing and modelling large amounts of data to help our understanding of complex and mammoth tasks like the formation of the universe, predicting weather patterns, or large and complex engineering problems require more than the average desktop computer.

Hence, the growth of supercomputers in recent times. But they don’t come cheap.

Eventually, its processing power will be 16 petaflops – meaning it can perform 16 quadrillion calculations every second.

The “Cray XC40” machine will have 480,000 central processing units or CPUs, which is 12 times as many as the current Met Office supercomputer, made by IBM.

At 140 tonnes, it will also be three times heavier – more a ‘floortop’ than a desktop.