Chemical engineers descended on the Houses of Parliament yesterday, to ask MPs and policymakers about UK Science and Global Opportunities at Parliamentary Links Day – the largest science event in the Parliamentary calendar. They had been selected by IChemE, as a special thank-you for the time they had dedicated volunteering for the organisation.

In the wake of the Election result and as Brexit negotiations begin to take shape, Parliamentary Links Day, organised by the Royal Society of Biology, saw a record turn-out of scientists and engineers all keen to discuss how the political landscape impacted their industry and work.

Representatives of IChemE were joined by Chief Executive Jon Prichard, and included:

Speaker at the House of Commons, John Bercow, opened the discussion with a message about instilling the importance of science in more young people and said:

“Even if you don’t intend to be a scientist or an engineer, science is key to a varied education. Every school in the country should have up-to-the-minute, sophisticated science facilities.”

The biggest announcement of the day came from Jo Johnson MP, Minister for Universities, Science, Research and Innovation, who promised that even post-Brexit the UK Government will continue to underwrite the Joint European Torus (JET) project, located at Culham Centre for Fusion Energy in Oxfordshire, UK.

“There is no doubt that productivity gaps are consistent with lower levels of R&D intensity. For the UK, we need to be better at commercialising our world-class research, and government has a part to play in this.

“We are already seeing a pretty strong take-up of R&D tax credits, and 18,000 companies who have applied are SME’s”

R&D tax credits were introduced in 2016, and allow companies to claim tax credits on R&D expenditure. 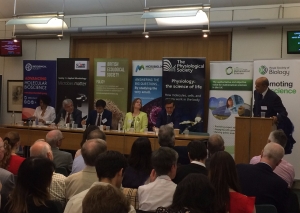 The panel sessions were both chaired by BBC’s Science Correspondent Pallab Ghosh.

Nigel Titchener-Hooker was keen to point out in the first panel session that although significant R&D investment was welcome, it would be useless without investing in future scientists and engineers.

“The Tory manifesto has promised to review tertiary education to address the gaps we have in industry, but more needs to be done to bolster and support Universities. We need to support them in setting up regional pathways to encourage children into STEM subjects from primary level and above.”

Others on the Science and Europe panel included Sarah Main of the Campaign for Science and Engineering, Lorenzo Melchor of the Spanish Embassy, Roberto di Lauro of the Italian Embassy, and Chi Onwurah MP.

Brexit dominated discussions, and both foreign ambassadors revealed that recent surveys had revealed a high percentage of both Italian and Spanish academics were considering leaving the UK as they were uncertain of their rights.

Michael Green asked about the support the UK Science budget can give to growing SME’s in world market places like China and South East Asia. SME’s in Britain are growing, but support is needed to help them achieve global growth.

Bell Burnell said: “As a nation we need to improve our understanding of the rest of the world, through education and a stronger foreign office.”

The representatives went on to celebrate with a private luncheon held in the House of Lords. IChemE was joined by the Shadow Minister for Business, Energy and Industrial Strategy, Chi Onwurah MP, John Holman and Lorenzo Melchor.

What did the engineers think?

“The presentations provided a much needed reassurance that all the parties represented are fully committed to the fundamental principle of the scientific and engineering innovation being essential to the growth of our economy and the benefit of the society. It remains to be seen how this is to be supported and implemented in practice. Whilst references to the Grand challenges and Industrial challenges were  made by a number of presenters and panellists, from a perspective of a biochemical engineer there was a limited indication how the challenges will be reflected in the funding landscape and government priorities in the future.

“Inevitably the discussion frequently revolved around the consequences of the Brexit, although the limited awareness of the science and engineering amongst the MPs and civil servants and the critical need to continue encouraging the young generation into STEM careers was also touched upon. IChemE members further explored this specific aspect in discussions with MP Chi Onwurah, the Shadow Minister for Business, Innovation and Skills, over lunch. Her keen interest in the realities of the funding of collaborative academia-industry research projects, innovation and STEM outreach provoked a very lively discussion at the table.”

“As the only engineering Institution present it is clear that IChemE are fulfilling a key role in ensuring the bridge between science and application is highlighted. Conversations over lunch pointed to the need to ensure a flow of interested students toward engineering degrees and apprenticeships. It’s an old story and one we as an Institution are working hard to change for the better but we still have a long way to go.” 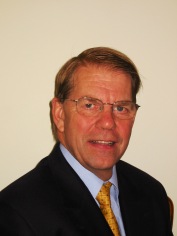 “I was struck with the number of Parliamentarians present and how seriously they take the event, which is reflected in the  increased commitment that all political parties have made to science this year. Clearly engineering representation is underweight and the clamour for keeping the flow of EU scientists going is almost a side issue, compared with business growth issues (mostly engineering) that the UK will face in the future. Next test will be to see if engineering research has a place in the new UKRI.”

“I found the presentations and questions from the floor to be very constructive and helpful.  However there are some points that need to be explored further including what steps the HMG need to take to ensure the efficient use of public money, and although the subject was raised by Jo Johnson, the potential impact that the additional funding might have in attracting private and institutional money, there is in my experience considerable reluctance by many private funds to accept that novel science and processes may have to take substantial risks to gain from the future potential of scientific development.  This is well understood in the USA, Japan and Germany where arguably the resulting applications of invention are far managed far more effectively with resulting benefits to those countries.

“My discussions with Dr Lorenzo Melchor – Science Attache, Spanish Embassy were very interesting since he raised what he thinks is a key driver in the development of Federalism which is the increasing power of global businesses and the need to have a suitably powerful counter-balance in any commercial negotiations or applications of regulations.”

Read the Royal Society of Biology event write-up, listen to the event on SoundCloud, and view the Flickr photo gallery.

4 thoughts on “Why should engineers engage with government? #LinksDay17”