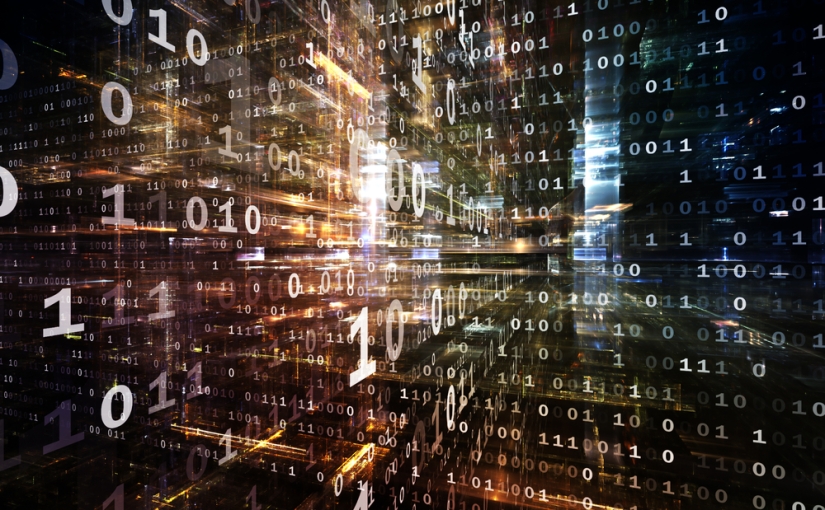 I always enjoy reading stories and watching films that are set in the future – often in amazement at the mind-boggling ideas and inventions that are imagined by authors and scriptwriters.

However, I think I’ve spotted a trend. Much of the contemporary science fiction on offer in films and books is decidedly dystopian in its outlook.

This means that it paints a dark vision of the future. Maybe this does science fiction a disservice? I want to be a little more positive and take a look at a few stories that explore the upside of the advances that science and engineering might bring.

A good science fiction story can be short hand for an excellent innovative idea. It might even inspire researchers to try something different.

Looking at this premise from a different angle, let’s examine some notable examples from the genre where science fiction has become science fact. 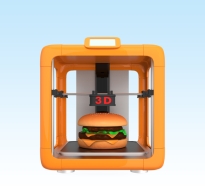 Or 3D printers, as we now call them, are hugely popular in science fiction, notably in Star Trek. However, chemical engineers (perhaps inspired by Star Trek) are driving this technology forward: see my blogs on ‘Breakthrough in 3D printing inspired by the Terminator’; ‘Deep sea printers’; and ‘Stronger 3D printing’ for more. These devices can build objects from digital blueprints – usually by layering plastic or other materials. Replicators are well on their way to  becoming everyday reality.

The use of a laser or ‘ray gun’ is commonplace in science fiction. The ‘blaster‘ gun and the ‘Death Star‘ in the original Star Wars movies are good examples. Forthcoming sequel(s) will no doubt increase the excitement surrounding new laser technology developed in the US. These new developments are designed to engage military targets where the use of a missile is considered too costly. A laser weapon system (LaWS) has been successfully deployed and operated on board a US Navy vessel. Take a look at this YouTube clip:

The notion of a wonder drug to treat serious illness is a theme that runs through many science fiction movies and TV shows. My earlier blog ‘Designing future medicines’ looks at the work of chemical engineers in drug development. I think it’s fair to say that without chemical engineering, most pharmaceutical products would never reach the patient. One example where science fiction was certainly ahead of its time can be found in Aldous Huxley’s ‘Brave New World‘. In the book, residual unhappiness is resolved by a drug called Soma. Huxley’s masterpiece was published in 1931, some twenty years before clinical trials on the early antidepressants Isoniazid, Iproniazid, and Imipramine began.

The idea of invisibility cloaks, or at least the aim of finding a method to camouflage ourselves, is pretty wide-spread. The appeal of J K Rowling’s ‘Harry Potter‘  and his remarkable ‘invisibility cloak’ may have prompted some engineers to develop similar technology. However, some chemical engineering wizards at the University of California, Irvine, have developed squid-inspired invisibility stickers that can help soldiers escape detection in the dark, making them appear ‘invisible’. Here’s another YouTube video that might get you thinking about other means of defence against the dark arts!

Some people look on solar panels as a modern idea, but the concept behind them is not new. Science fiction novels published as far back as 1911, eg ‘Ralph 124C 41+‘ by Hugo Gernsback, describe the use of energy from the sun. However, it has taken some clever engineering to get this technology to the stage it is at today, see my blog ‘Solar power – from innovative to the bizarre’. Chemical engineers are now refining the processes involved in the capture and storage of solar energy to widen the use of this technology, for another example see ‘Making solar energy cheaper’.

The idea of a handheld device that can diagnose illness is not as far away as you might think. Popularised (again) by Star Trek, this concept has received some major backing. The Qualcomm Tricorder XPRIZE is a US $10 million global competition to stimulate innovation of precision diagnostic technologies to make reliable health diagnoses. Or in other words, they want someone to develop a medical tricorder! Competition entrants might want to talk with chemical engineers, a number of whom have already developed technology in this area: see my blog ‘Using your smart phone to sniff out disease‘ or this work from the University of Loughborough.

The idea of growing meat in a lab has often featured in science fiction – take a look at Margaret Atwood‘s 2003 novel, ‘Oryx and Crake’. However, this thinking has taken a step closer to reality, as those of who tuned in to the webinar given by Maastricht University’s Professor Mark Post will be aware. Mark’s ‘cultured beef project’ offers an alternative route to meat production. It uses tissue engineering to produce lab grown meat. It is anticipated that this technology could support growing food demands whilst reducing emissions.

The use of touch screen devices has featured in many futuristic science fiction plots –  an excellent example of this can be found in Douglas Adams’ ‘A hitchhiker’s guide to the galaxy‘  where Arthur is introduced to a type of electronic book. This is operated by activating a screen, which can be touched to interact with different applications, and you can even search the internet – pretty impressive for work written in 1978. The reality of this technology took a huge step forward with the advent of the smart phone. For example, the iPhone was reliant on the development of Gorilla® Glass by engineers at Corning Incorporated from the US. This was made possible thanks to Corning’s fusion manufacturing process – which has to be very precise to allow the glass to be used for consumer applications.

Millions of children – and I suspect a fair few adults – have been prompted to dream of space travel thanks to science fiction. For example, The Jetsons cartoon series, which began in the 1960s, was extremely popular and depicted the ease of everyday life in space. Today, with the imminent arrival of commercial space travel (in the form of Virgin Galactic), it is possible that space flight will become more common. Chemical engineers are currently developing new fuel sources – like hydrogen cells – that will make this happen. And of course  a number of chemical engineers have already turned this dream into a reality by becoming astronauts (see my blog ‘A path to the stars‘).

Almost all space travel in science fiction is powered by nuclear fusion – the production of energy from the fusion of hydrogen nuclei. It has always been viewed as the solution to the energy crisis as it is meant to be endlessly productive and largely clean. In October 2014, Lockheed Martin said it had achieved a technological breakthrough that will enable it to build compact fusion reactors, small enough to fit on the back of a truck, within a decade. Although some are skeptical, the application of this technology could truly revolutionise the world in which we live.

I think this blog demonstrates how important it is to be forward thinking, imaginative and innovative. Chemical engineering matters when it comes to game changing opportunities.

One university is even offering its undergraduate students modules on ‘Chemical Engineering and Science Fiction‘. Science fiction is now officially on the curriculum!