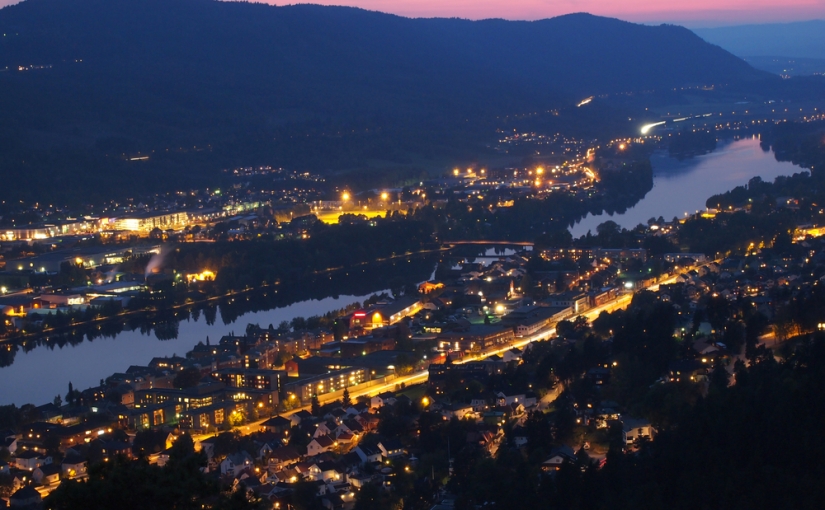 Harnessing the energy stored in ice cold water has been highlighted as a potential solution to heat towns and cities without the use of fossil fuels – it’s a great example of chemical engineering making a difference.

Through the use of heat pumps and district heating, lakes and rivers can provide enough energy to heat water to 90°C.

Whilst not an obvious source of energy, a district heating company in Drammen, Norway, have managed to use an ice cold fjord to provide hot water to heat an entire community of  65,000 people.

Drammen Fjernvarme (DF) have teamed up with the city council and Glasgow, UK’s Star Renewable Energy to build this efficient district heating system.

Star Renewable Energy are better known for providing refrigeration systems to large retailers. However they were able to think outside the box and offer an alternative heat pump design.

Heat pumps move energy from one place to another using a volatile fluid in a manner similar to a refrigeration system (they use a refrigerant to transfer energy). Typically, hydrofluorocarbons (HFCs) have been used as the coolant but these chemicals are harmful to the ozone layer (See my blog ‘Using aerosols to understand our cloud atlas‘).

Star Renewable Energy’s design uses ammonia as the coolant. Ammonia is not ozone depleting, but it requires higher operating pressures as a trade off.

In Drammen, the cold water from the fjord (typically 8°C) is used to heat liquid ammonia at a pressure of 4 bar.

The liquid ammonia then boils at 2°C and evaporates. By further increasing the pressure to 50 bar, the evaporated ammonia gas reaches a temperature of 120°C.

This ammonia gas is then used to heat water from 60°C to 90°C – the temperature required to meet the heating needs of the city. After this heat transfer, the ammonia gas changes back into a liquid state to begin the process again.

These heat pumps were introduced into the district heating system in 2011 with impressive results. The system currently generates annual savings of around UK £1.5 million as well as a reduction of 1.5 million tonnes of carbon emissions.

This innovative technology is now being used as a case study that other cities with lakes and rivers could follow. For example, if this system were deployed in London, UK  the Thames river could generate 1.25 GW of capacity, which is enough to heat 500,000 homes.

The de-carbonisation of heating systems is another step towards a cleaner, sustainable future and I am impressed by the way in which this chemical process technology is performing.

If you are working with heat or water pumps get in touch via the blog to tell me what you are up to and the difference that you are – or might just – be making.