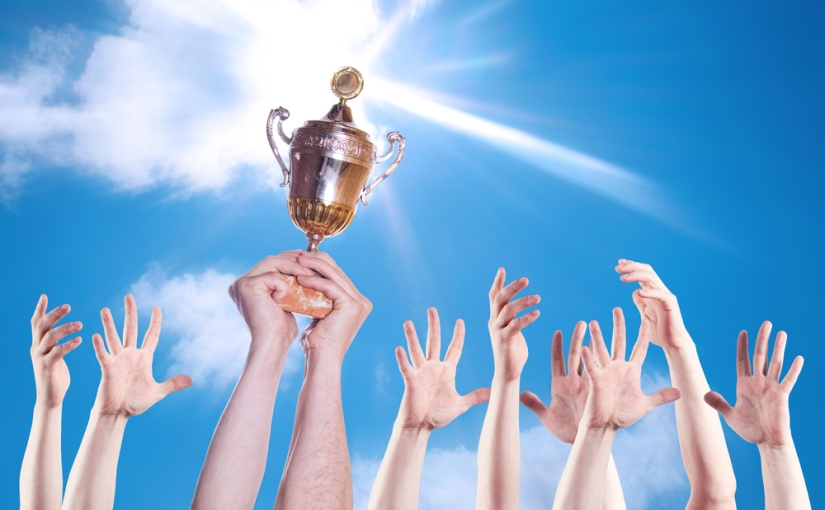 IChemE has traditionally awarded a range of medals and prizes to acknowledge the achievements of chemical engineers around the world.

It’s one of the ways in which we recognise that chemical engineering matters at an individual (or team) level, and I always look forward to the announcement of the winners.

The medals and prizes will be presented at a range of events and locations in the months ahead, but given that the list has been publicised in the March issue of The Chemical Engineer (tce) magazine, I thought I’d take the opportunity to blog about some of the winners and their achievements.

First up is the Ambassador Prize, this year awarded to my friend and colleague, Dr Paul Fennell, for his outstanding work to bring greater understanding of chemical engineering to non-chemical engineers – from government ministers to university students and school children, to people in the pub!

Paul’s big interest is clean energy. As Reader in Clean Energy at Imperial College London’s Department of Chemical Engineering, he teaches and leads research on a range of topics including clean fossil fuel energy, bioenergy, and carbon capture and storage (CCS).

The calibre of Paul’s research is internationally respected. For instance, his work on the decarbonisation of industry was cited in the most recent report from the Intergovernmental Panel on Climate Change (IPCC).

To share his research, Paul travels the world giving lectures. In 2014 alone, these took him to North and South America, the Middle East and Australia.

But Paul’s influence goes far beyond the academic world. In 2014 he played not one but two roles in government briefings as part of the drive to reduce UK greenhouse gas emissions by 80 per cent by 2050 (in line with the Clean Air Act of 2008). As well as joining the sector team for Iron and Steel in his own right, Paul represented IChemE in the Chemicals sector analysis.

Other places you could have found Paul last year include the Conservative Party conference fringe and the all-party parliamentary group on Energy Studies. Again, in both of these contexts, he was representing IChemE.

He has briefed UK government departments (BIS and DECC) on many occasions, and has travelled to China to help the Foreign and Commonwealth Office. But it’s not all about high-level decision-makers for Paul.

In 2014, at the British Science Festival, he demonstrated the principles of CO2 capture to the general public – using an array of fizzy drink bottles. Previously he has spoken at the Cheltenham Science Festival, the Natural History Museum and even lectured in a pub!

Within IChemE, Paul has been very active. He is Chair of the Clean Energy SIG (Special Interest Group). Under his leadership, the group has broadened to include a more diverse and younger range of members, it is now one of our larger SIGs. He organised a meeting on climate change science and gave an IChemE Horizons lecture and a webinar on carbon mitigation.

Paul is also an effective media ambassador for IChemE. He has appeared on BBC News to discuss fracking and 2014 also saw him interviewed on BBC Radio and Persian TV about CCS.

I have rarely met someone with the high enthusiasm, energy and expertise that Paul brings to the table.

When asked about his win, Paul said: “I am very happy to have won this prestigious prize from IChemE, which reflects the hard work put in by my group and co-workers at Imperial, and in particular I am pleased that the governmental advisory work in collaboration with the Grantham Institute has been recognised.”

I am truly delighted to congratulate him on winning this year’s Ambassador Prize – both on a personal and professional level.

You can find out who won this year’s other IChemE medals and prizes here.