Yesterday, I blogged about the application of chemical engineering to reduce engine wear and tear. Today, I’m taking a look at another vital component of most road vehicles – the tyre.

Tyres are an underrated feat of engineering. They hold tonnes of weight on a cushion of air; provide traction between a vehicle and the road; and, because of their elasticity, can spring back to their original shape even after prolonged use.

The materials used in the manufacture of tyres include rubber, carbon black and other chemical compounds including sulphur and zinc oxide. The carbon black, which is manufactured via the incomplete combustion of heavy petroleum products, can be replaced with silica compounds.

So, in a novel approach to the production of this more sustainable alternative to carbon black, three chemical engineering graduates from the Indian Institute of Technology at Banaras Hindu University (BHU), Varanasi, have developed an eco-friendly process for extracting green silica from rice husk ash.

Nikhar said: “The rice husk ash contains heavy amount of silica which can be used for various purposes. To ensure effective rice husk utilization through efficient silica extraction, we developed a process to extract an advanced grade of green silica.”

The use of silica in tyres, instead of carbon black, brings a further benefit. It helps reduce the rolling resistance.

Nikhar explained: “Silica helps in reducing the rolling resistance. So if it is used instead of carbon black then the fuel economy will improve too. It also results in a 5 per cent reduction in fuel consumption  and a reduction in the emission of green house gases.”

And there’s another major advantage associated with this technology solution. Over 100 million tonnes of rice are harvested in India annually. The rice grain is covered with a hard protective husk that is indigestible to humans. 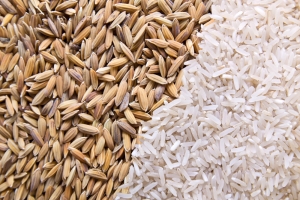 After separation, the husk is usually burned, leaving a residue of rice husk ash, the disposal of which can be a major headache.

Nikhar believes that their process offers a potential  soluton to this challenge: “If the rice wastes are used for landfills as well as in silica extraction, then waste disposal issues will be solved.”

Professor P. K. Mishra, from BHU’s department of chemical engineering, said: “These young minds have come up with the first-of-its-kind idea by converting a waste product into a value added product. The rice husk served various purposes but disposal of ash was a challenge. Now, this husk ash would not only reduce energy but also help in minimal pollution.

“To extract silica from sand, you have to heat the sand up to 1,400°C while the temperature required for extracting silica from ash is only 100°C.”

The next step for the graduate team is to scale-up and construct a larger plant for their new, innovative and more environmentally-friendly process. Their work has already attracted interest from several multi-national companies and potential government funding. I look forward to hearing about how this work progresses.

If you are developing processes that will deliver more sustainable everyday products, please get in touch and tell me your story.