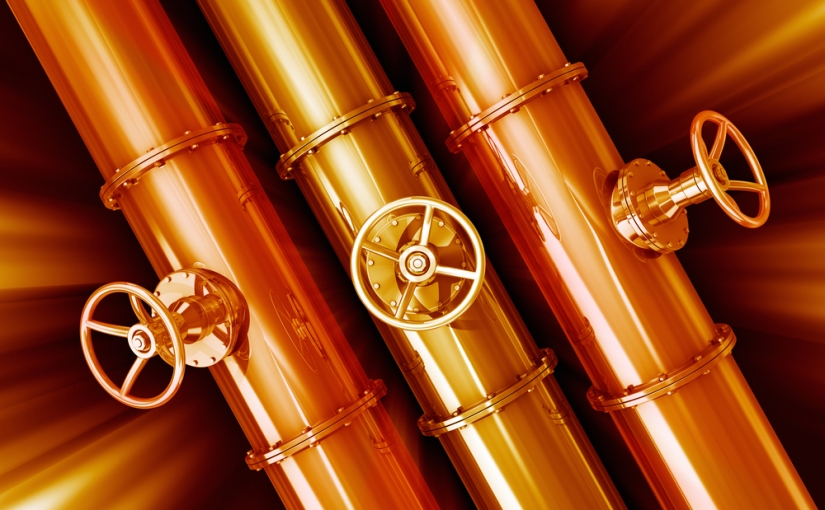 One of my favourite parts of being a chemical engineer is getting to meet other engineers and discuss (and celebrate!) their work.

A few weeks ago I was lucky enough to be invited to the awards ceremony of the Queen Elizabeth Prize for Engineering, where chemical engineer Robert Langer was celebrated for his revolutionary work in drug delivery.

Whilst at the event, I got the chance to talk to the many other engineers in attendance. One of which told me about a very exciting project she had been working on.

The Andrew field, which lies 230 km north-east of Aberdeen, UK, in the Central North Sea, was discovered in 1974. Twelve horizontal production wells and one gas re-injection well were originally put in place to tap the reservoir.

The field was brought on-stream in 1996 with a single fixed platform and a steel jacket supporting an integrated deck. Back then, this had a life expectancy of an estimated 18 years.

Through the development of two small satellite fields, BP already managed to extend the life of this field, and through their latest developments they hope to extend it for another decade.

The investment included work to strengthen the existing facility, install a new 750 tonne process module, and lay a 28 km subsea tie-back pipeline bundle. This pipeline bundle is the longest of its kind in the world!

A pipeline bundle is a super-pipe that includes; valve work, pipelines and control systems all in one large pipe assembly. This recording-breaking Andrew bundle is so lengthy that it needed to be manufactured in four individual sections.

“This has been a big project for us and the development is set to add another third to our production in the region,” said Trevor Garlick, BP regional president for North Sea.

To achieve this extension, BP took the field offline in 2011 and began a major renewal and upgrade of the existing facilities and wider field area. This included the development of Kinnoull; a satellite field discovered in 2008.

The Andrew platform was brought back into production in October 2014, and Kinnoull produced its first oil in December. Not only does the Kinnoull tie-back bring another valuable resource on-stream, it also extends the economic life of the Andrew field and paves the way for the possible future development of the reserves in a deeper reservoir and undeveloped Arundel field.

Now, thanks to BP’s engineers, under the North Sea lies the world’s longest bundle pipeline system, installed from the Kinnoull wellhead to the Andrew platform, hidden from view!

I commend all those who worked on this project for being chemical engineering record-breakers.