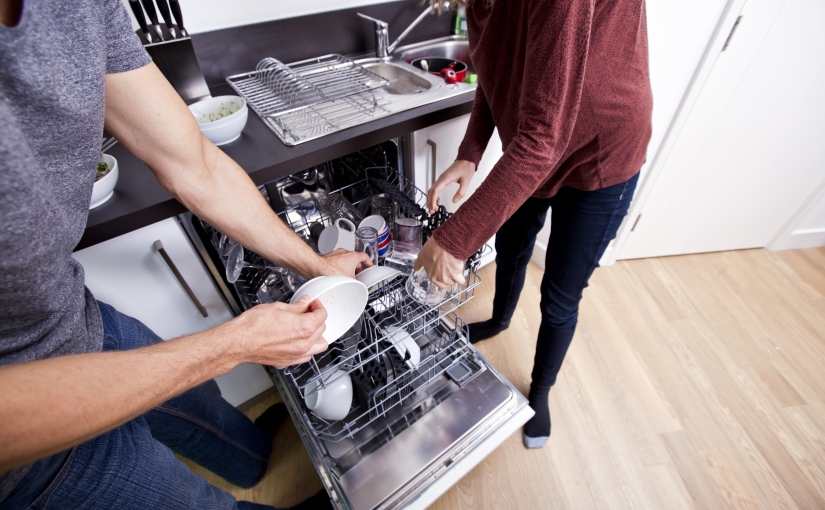 Loading a dishwasher is one of those daily household chores that usually doesn’t involve too much thought; you pack the dishwasher with dirty crockery, remember to use detergent and then press the on button.

But there is more to loading a dishwasher than meets the eye as chemical engineers at the University of Birmingham, UK, in collaboration with industry, have conducted research on how best to load a dishwasher.

Dr. Raul Pérez-Mohedano, who led the project, published the group’s findings in the article, Positron Emission Particle Tracking (PEPT) for the analysis of water motion in domestic dishwasher, for Elsevier’s Chemical Engineering Journal.

The technique of Positron Emission Particle Tracking, developed at the University of Birmingham, was used to track and analyse the flow of water in the dishwasher through non-invasive 3D spatial detection of radioactively labelled particles i.e. tracers.

These radioactive isotopes monitored the speed and direction of the jets of water when the dishwasher was operating. Most of the time, water remains at the bottom of the dishwasher. Otherwise, most water coverage is by the water falling back down through the dishes, almost like ‘small waterfalls’.

Dr. Pérez-Mohedano said: “The distribution of water inside a commercial dishwasher is very chaotic. Areas with a direct impact of water jets are very localised and these are only able to cover a very small area of all the crockery surface present.”

The study showed that it took an average of just a tenth of a second for the water to run off plates stacked in dishwasher and areas towards the edge of the basket inside on the bottom shelf tend to be where the water travels the slowest.

From their analysis, the researchers found that the best way to pack a dishwasher would be in a circular pattern in order to ensure that all the crockery get hit by the jets of water. And that immediately above the rotating arms of the dishwasher, in the centre of the top shelf is where the jets of water exert their full force, so dishes cemented with food should be placed here.

Dr Pérez-Mohedano added: “Current commercial dishwashers show a problem of symmetry – while the ejection of water is produced in a circular movement, the distribution of the crockery follows a rectangular pattern.”

Overloading the dishwasher should also be avoided as plates essentially create a series of small walls that block the cycle of water.

The research was sponsored by Procter & Gamble (P&G) and supported by engineers at Whirlpool, with the hope that the findings and analysis could be used to design more efficient and effective dishwashers.

So hopefully, some domestic disputes on how to best load a dishwasher can now be put to rest thanks to chemical engineers at the University of Birmingham.

3 thoughts on “How to best load a dishwasher, by a chemical engineer (Day 243)”