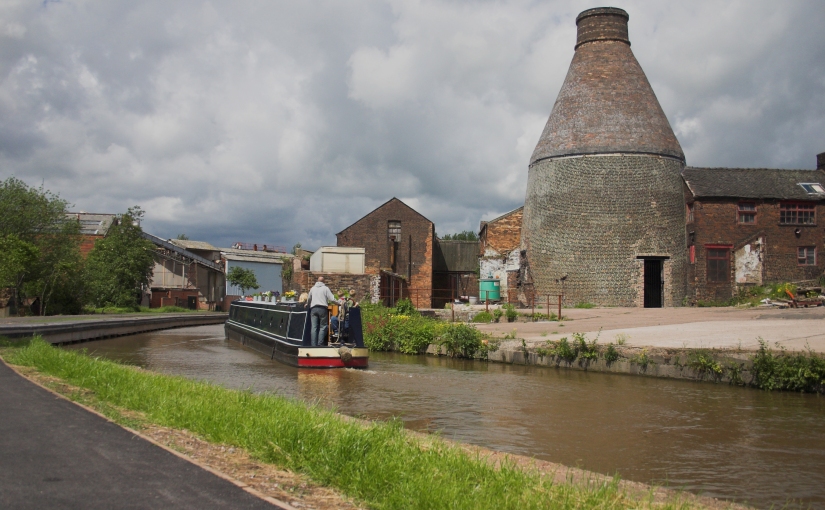 Many of you who listened to my presidential address will know that I was born in Stoke-on-Trent, an area of the UK famous for its pottery industry.

So you will not be surprised to learn that my father worked in the pottery industry at a company called Podmore and Sons. They made and processed the raw materials for making pottery e.g. clays, refractory frits and glazes. This connection to Podmores opened a door to some summer vacation work and was my first exposure to both industrial chemistry and to chemical engineering.

The most famous Stoke potter was Josiah Wedgwood, one of the great engineering entrepreneurs of the industrial revolution. Wedgwood was a Fellow of the Royal Society and was responsible for the industrialisation of the ceramics industry in England.

He also played a large role setting up much of the rail and canal infrastructure which was essential for the widespread impact of engineering.

Wedgwood’s legacy collection is currently under threat, unless the Wedgwood museum in Stoke-on-Trent can raise £2.74m by the end of November it will be sold.

Josiah Wedgwood was born in 1730, also into a family of potters. However, as a child Wedgwood survived a smallpox infection which left him with a permanently weakened knee and unable to operate the foot pedal on a potter’s wheel. Because of this Wedgwood was able to spend his time focusing on the science and design of pottery, rather than its production.

Wedgwood was interested in scientific advances and applied these to his approach to industrialise and revolutionise the production of quality pottery.

Josiah Wedgwood was second to none in lobbying parliament and raising venture capital, a lesson that many of today’s chemical engineers could learn from.

We should not forget that the impact of engineering in the 19th Century owed much to the political persuasiveness and entrepreneurial skills of the engineers, as well as to their great engineering inventions.

Here is a YouTube video about Josiah Wedgwood and the importance of his collection:

The Wedgwood Museum in Stoke-on-Trent is currently under threat; unless a considerable amount of money can be raised this amazing collection of chemical engineering history will be broken up and sold.

The UK Art Fund is running a funding campaign to stop this happening, click here to donate to the cause.

It is important to remember that modern-day ceramic engineering is now applied to a huge range of fields including: aerospace, automotive, defense, dentistry, electronics, energy and medicine.

This work is all dependent on the reliability and quality of the ceramic products produced, which would not be possible without the work of the fathers of modern ceramics, like Josiah Wedgwood.

If you are interested in the legacy of Josiah Wedgwood you can visit the Wedgwood Museum website to find out more.

One thought on “Josiah Wedgwood – the first ceramics engineer (Day 123)”