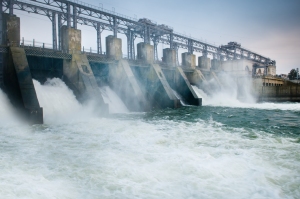 Some of you will be aware of the ‘nexus’ approach to the grand chemical engineering challenges. Although, we often look at energy, food, water and health in isolation, in fact many of them should be considered alongside each other.

One of these important relationships is energy and water.

Of course if you’ve got energy and water, the debate is often about cost and service. If you’ve got neither, then it’s a completely different debate where capital, skills and infrastructure become the priority topics.

In industrialised countries, if you asked the question – what will run out first, energy or water? – I suspect the most common answer would be energy.

But what happens if we run out of water first?

Even in traditional water-abundant parts of the world, there is a growing voice that water should no longer be a considered a free raw material. Cost and fluctuations in weather in particular should make chemical engineers – and industry – think again.

At the end of this month I will be attending the Chemeca 14 conference in Perth, Australia.

As IChemE president I have the honour of opening the conference on the 28th September, but I will also be participating in a panel discussion and workshop on the 1st October considering; Chemical Engineering Matters – the nexus between Energy and Water challenges.

The challenge for energy is for it to be affordable, accessible and available, while water is fundamental to life, but is also a limited resource.

The panel discussion will look at the connections and links of these challenges with regard to sustainability, process safety, education and research.

Companies like Nestlé are warning that water is a more urgent priority than climate change, and major companies have committed more than $84bn to improve water scarcity.

Around 97 per cent of water is in our oceans; just 2.5 per cent of all water on Earth is freshwater. And of this freshwater 68.7 per cent is stored in glaciers and ice caps. Due to our reliance on freshwater, this leaves very little to work with.

Industry seems to be one step ahead of the game, with many major corporations, such as: Coca-cola, Google, Nestlé, EDF, SABMiller, RioTinto, PepsiCo and Ford (as mentioned in my earlier blog called the Zero Water Ambition), having strategies in place to minimise water use. Chemical engineers play a key role in this by developing ways to recycle, reuse and remove water from processing.

The idea of countries trading water for oil is not so far in the future. Chemical engineers need to work now to reduce water usage.

Water used in energy production currently amounts to eight per cent of global water extractions, and in industrialised nations this increases up to 45 per cent.

However, energy is also used in water production, processes such as desalination and reclaiming wastewater can be very energy intensive. As water supplies run out these methods are going to become increasing important to ensure our water supplies.

It has been suggested that fixing the energy crisis will be easier than the water shortage as programmes are already in place to adapt alternative energy policies. However, it is obvious that these two areas are intrinsically linked and lots more still needs to be done to cope with both the burgeoning energy crisis and water scarcity.

We should not be thinking about water and energy as two separate entities, they are dependent on each other in a nexus and there is a third component within this nexus that plays an essential part – food.

I look forward to meeting those of you going to Chemeca 14 at the end of the month, come along and participate in our discussion on Chemical Engineering Matters – the nexus between Energy and Water challenges.

Are you a chemical engineer working to reduce water or energy use? If so get in touch and tell us your story.

One thought on “Water versus energy – which is more precious? (Day 107)”