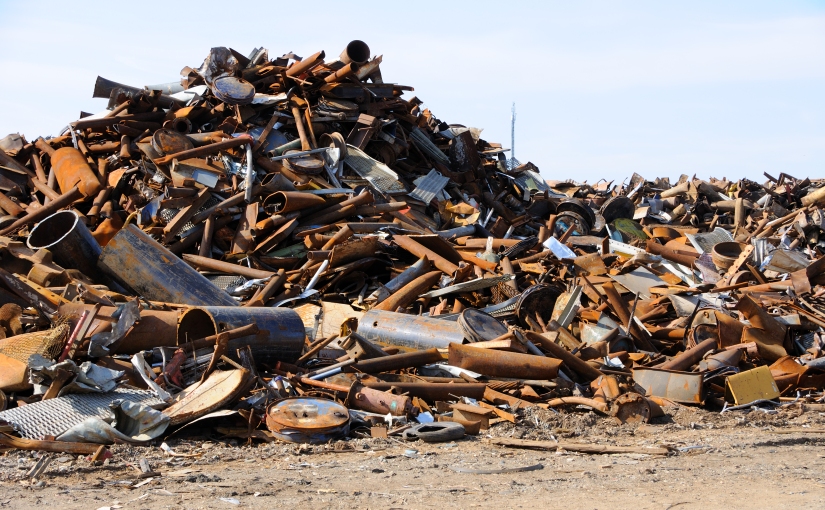 I wonder what Henry Bessemer would think of steel-making today? Since he developed the first inexpensive process for the mass production of steel in the 1850s, the world has progressed to produce over 1,606 million tonnes in 2013.

The great thing about steel is that it is 100 per cent recyclable – to the same quality, time and time again. There’s also some important energy and raw material savings. Figures from the World Steel Association show that more than 1,400 kg of iron ore, 740 kg of coal, and 120 kg of limestone are saved for every tonne of steel scrap made into new steel.

Impressive numbers. But there are environmental and technical challenges associated with being one of the world’s biggest manufacturers and recyclers of steel.

South Korea, or the Republic of Korea, is the sixth largest of producer of steel. It produces around 70 million tonnes each year. Only China, Japan, USA, India and Russia produce more. But industrialisation on this scale does come at a price.

Modern steel products, to protect them from corrosion, are increasingly being galvanized which involves the object being coated by a thin layer of zinc metal.

During recycling, the zinc from the scrap metal, together with other base metals, alkalis and halides are driven off as a dust and caught up in the flue gasses.

These fine particles need to be filtered out before the furnace gasses can be discharged to the atmosphere. The filters are periodically cleaned and the resulting dusty material is known as EAFD.

Thankfully, there are companies and chemical engineers working to manage the benefits and risks of recycling steel.

Their new recycling plant, covering 9.3 hectares, is situated approximately 10 km to the west of Pohang, one of South Korea’s major steel producing centres. It is designed to treat 400,000 tonnes per year of EAFD – equivalent to all of the EAFD produced annually by South Korea.

And there are good incentives. For every tonne of steel produced by recycling there are typically between 12 and 20 kg of EAFD produced. The EAFD typically contains 18-24 per cent zinc which is 4-5 times the the average zinc deposit found in nature. In addition, the EAFD contains 22-30 per cent of iron and 1-3 per cent of lead.

ZincOx’s long term objective is to operate a network of recycling plants covering each of the major steel recycling regions of the world. Ambitious plans and we wish them well for what they call a ‘game-changing’ process – environmentally and commercially.

Do you have a story to tell about a new process in the chemical and process industries? Please contact us.

One thought on “A steely approach to recycling (Day 62)”