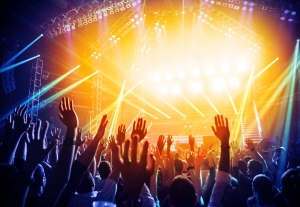 Since 1970 music lovers have descended on a small village called Pilton near Glastonbury in the South West of England to enjoy one of the world’s best music festivals. This year’s festival is already underway with around 200,000 people attending the sell-out event.

For the organisers it’s an immense logistical undertaking, especially the volume of waste created over the five day festival. And one type of waste is particularly challenging – toilet waste.

The festival has around 5,000 toilets onsite, but I wonder how many people, sitting, listening to the music, realise that chemical engineering – albeit in very basic form – is helping to control odours and eventually recycle their human waste into compost?

Some of the toilets installed this year include “long-drops”, which store waste in underground tanks before it is turned into manure and spread on the fields of Worthy Farm and the surrounding area.are

And this year an Australian company called Natural Events has installed more than 1,000 water- and chemical-free composting toilets. The compost toilet design uses a “solid-liquid separation system” which uses a wheelie bin as a receptacle, a pump to take away the smelly urine and a scoop of sawdust to help break down the waste matter. Later, the waste is composted and again spread on Glastonbury’s fields.

Of course most UK music lovers at Glastonbury know that they will be returning home to a well-managed sanitation system. But in many countries other inventive sanitation solutions are needed such as the Tonle Sap Floating Toilet project, water-less toilet systems, solar powered toilets, no-flush urinals, and many more.

Many of these efforts, across the world, to improve quality of life and manage resources better are the result of chemical engineering. As the global population increases it’s an issue that will become more acute and one which our profession will need to address.