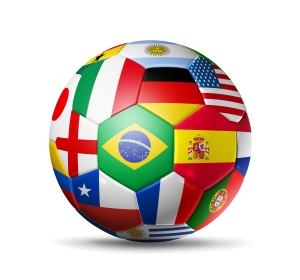 Have you ever considered how much technology contributes to sporting success? Is it possible to succeed without the latest piece of kit to boost your talent? Are there any sports which don’t benefit from technology in some shape or form? Probably not.

I remember a few years ago that Speedo’s swimsuits were banned for the London 2012 Olympics. The polyurethane bodysuits that contributed to an astonishing number of swimming world records over the previous 18 months.

The revolutionary swimming costume was a great example of how technology had moved a sport so fast it was in danger of over-shadowing the performance  and achievements of previous generations of swimmers.

Even back in the 1970s, there was a desire to use different materials to gain advantage (and make money). In 1979  a great Australian cricketer – fast bowler Dennis Lillee – started using an Aluminium cricket bat, rather than the traditional willow wood.

In the end, it was outlawed, but still contributed to one of the most comical scenes on a cricket pitch as the opposition complained the bat was damaging the ball and his own team questioned its performance.

But in sport, progress is inevitable and many of the advancements we see are due to the work of chemical engineers.

Today marks the start of the football World Cup in Brazil. After the Olympics, it is the biggest sporting occasion and the world’s most popular game. And even football is benefiting from chemical engineering. Our good friends at Process Engineering magazine have recently run an article (see below) showcasing French chemicals company Arkema who are helping to make Nike’s new Magista Obra FG football boots.

The boots integrate Pebax Nylon plate in the sole which is designed to enhance a player’s control of the ball. The plate offers improved traction and allows for flex and increased movement of the foot.

Pebax, which stands for polyether block amide, is a block polymer based on the bioplastic polyamide 11, a derivative of castor oil. It can be manipulated to offer varying levels of rigidity, dependent on application. 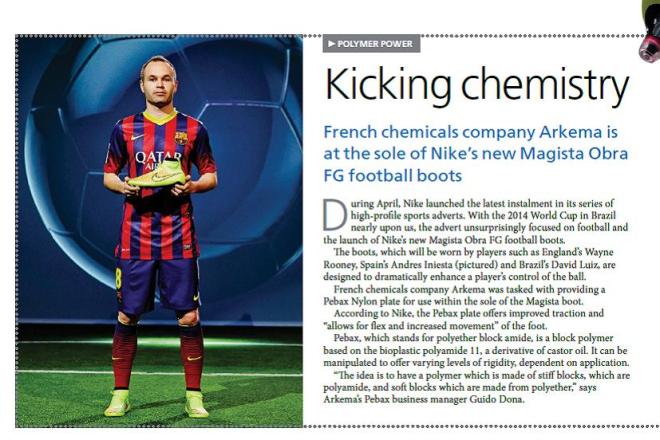 Sport and chemical engineering is a great story. In the next few weeks, I’ll feature some more examples of how going faster, longer and higher all depends on our profession.