Tea, coffee, ice cream, chocolate, pizza – just some of our favourite foods and drinks that have been around for hundreds of years. Nearly all of them involve a process, and that process was probably refined and scaled-up by chemical engineers.

Horlicks is no different. It’s associated with bedtime in the UK, but in South Asia it’s the country’s number one health food drink.

GSK Consumer Healthcare are responsible for producing more than 150,000 tonnes of Horlicks every year, and up until recently were continuing to use the original 135-year-old process.

Previously only incremental changes had been made, due to concerns about negative consumer feedback. As a result, the team of chemical engineering put the consumer first – and through reverse-engineering took the product back to the fundamental flavour, protein and carbohydrate chemistry.

From there, the process could be re-assembled to optimise every step – from converting starch to sugar, to drying the product in to a powder. The results are astounding – with the team eliminating any water usage and reducing the amount of energy used by 80%. Both factors are extremely advantageous to Horlicks’ main market of India, and the energy saved in the process alone could power 400,000 homes in the region. What’s more, the cycle time has been reduced from 18 hours to just 10 minutes. 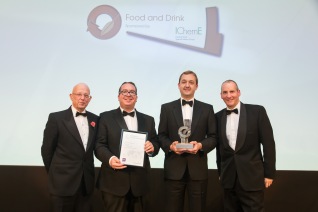 And that’s what our profession is all about isn’t it? Or, as GSK’s Ben Jones puts it: “Chemical engineering matters because it is the bedrock of how we’re going to improve physical and chemical processes for the next generation.”

Ben was joined by Paul Heath at the IChemE Global Awards in November 2017 where they collected the Food and Drink Award for this project. The Award was presented by Nigel Hirst, on behalf of category sponsor – IChemE’s Food and Drink Special Interest Group.

Check out their reaction below:

The original team took five years to take this project from concept to pilot plant. Now the very same team is leading the construction of a full-scale commercial plant. What a fantastic achievement for all involved.

We’re delving into the pharmaceutical industry in our next ‘Spotlight’ piece, so don’t forget to swing by the IChemE blog tomorrow.

Are you feeling inspired to apply for the IChemE Global Awards 2018? Whether you would like to enter your own project, sponsor a category, or just attend to support your fellow professionals – register your interest here.

The IChemE Global Awards 2017 were held in Birmingham, UK on Thursday 2 November, held in partnership with Johnson Matthey and Wood.

Yesterday, I blogged about the application of chemical engineering to reduce engine wear and tear. Today, I’m taking a look at another vital component of most road vehicles – the tyre.

Tyres are an underrated feat of engineering. They hold tonnes of weight on a cushion of air; provide traction between a vehicle and the road; and, because of their elasticity, can spring back to their original shape even after prolonged use.

The materials used in the manufacture of tyres include rubber, carbon black and other chemical compounds including sulphur and zinc oxide. The carbon black, which is manufactured via the incomplete combustion of heavy petroleum products, can be replaced with silica compounds.

So, in a novel approach to the production of this more sustainable alternative to carbon black, three chemical engineering graduates from the Indian Institute of Technology at Banaras Hindu University (BHU), Varanasi, have developed an eco-friendly process for extracting green silica from rice husk ash.

END_OF_DOCUMENT_TOKEN_TO_BE_REPLACED 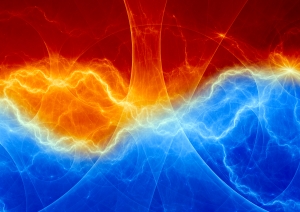 Chemical engineers are responsible for much the world’s economic output in the form of goods and services consumed by industry and consumers.

From a chemical engineering perspective, once those goods have left the factory gate or disappeared down a pipe, there might be a tendency to forget the enormous skill and energy to get these products to market – in the right condition.

The challenge is particularly acute for the distribution of food in countries with large and growing populations and has been highlighted recently by the University of Birmingham in the UK. END_OF_DOCUMENT_TOKEN_TO_BE_REPLACED