There’s been some good news recently with the announcement of the possible eradication of Wild Poliovirus Type 3 (WPV3) by the Center for Disease Control and Prevention.

WPV3 has not been detected for more than two years. The last reported case of Wild Poliovirus Type 2 (WPV2) was in India in 1999.

The efforts needed to interrupt all indigenous WPV1 transmission are now being focused on the remaining endemic countries: Nigeria, Afghanistan, and Pakistan.

Mankind’s ability to transform public health in this way is impressive. Let’s hope we can achieve the same results with Ebola.

However, looming on the horizon for all countries is the threat of cancer.

Although over half a million people in the US alone will die from cancer in 2014, more than 60 per cent of world’s total new annual cases occur in Africa, Asia and Central and South America. These regions account for 70 per cent of the world’s cancer deaths.

According to the World Health Organisation, it is expected that annual cancer cases will rise from 14 million in 2012 to 22 million by 2030. That’s the equivalent of a country nearly the size of The Netherlands.

There is no lack of effort to find solutions, including throwing billions of funding at cancer research and establishing dedicated organisations. 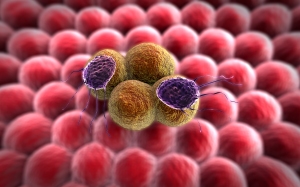 In the US alone, over the past four decades, some $90 billion (£58 billion) has been spent on research and treatment. Some 260 nonprofit US organizations in the United States have dedicated themselves to cancer — more than the number established for heart disease, AIDS, Alzheimer’s disease, and stroke combined.

In 2013, the US’ National Cancer Institute, reported that state-funded cancer research amounted to $4.8 billion (£3.1 billion).

There are critics of how cancer funding is spent, but most agree it is necessary for what will become mankind’s biggest killer. And IChemE will always argue for more funding and has highlighted its critical role in its technical policy document – Chemical Engineering Matters.

To finish off today’s blog, I just wanted to showcase some more excellent work by chemical engineers to halt the spread of cancer.

The process by which cancer cells spread to other parts of the body is called metastasis.

Kris’ work is attempting to change the cells’ mechanical behavior to make it harder for the cancerous tumours to spread.

She achieved this by introducing 50 lamin A, a protein that is associated with normal and premature aging, into the cells which cause the cancer.

Kris says: “Cancer cells have different mechanics than other cells in the body. We were able to alter the mechanics to reduce cancer evasion.”

This study will also shed light on the process that causes cells to age as people grow older, making this project not only useful for cancer applications, but also for finding cures to problems associated with aging.