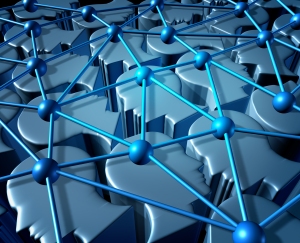 IChemE has promoted the concept of the water-energy-food nexus since 2012. I blogged on the topic back in September.

The global challenges presented by the increasing demands for water, energy and food are inextricably linked.

The nexus challenge sits at the centre of IChemE’s technical collaboration with the American Institute of Chemical Engineers (AIChE).

In November 2014, Chevron Oronite president and IChemE past president, Dr Des King, gave a presentation on the nexus at AIChE’s research conference in San Francisco.  His thinking outlined the complex challenge of population growth, urbanisation and the expanding ‘middle class’ in developing economies; all of which are driving up demand.

Then in February 2014, Des reprised his presentation in a webinar for IChemE members.

He argued that the ‘nexus’ poses a crucial challenge for humanity.  I’m right with Des on this front and I agree, both with his analysis and with his broad conclusion that the challenge can be met through the application of some smart thinking by chemical engineers.

The nexus was also discussed at the ChemEngDayUK research meeting in Manchester in April 2014, and it was the main topic of a panel discussion that I took part in at Chemeca 2014 in Australia in September.

It doesn’t stop there. In this month’s tce, Des teamed up with  another IChemE past president, Richard Darton and two AIChE past presidents Dale Keairns and Hank Kohlbrand, in a call-to-arms to address the great water-energy food challenge.

This ‘Gang of Four’ asserted that responding to the water-energy-food nexus challenge is an opportunity for cooperation among the world’s chemical engineering organisations.

They called for the support of the wider chemical engineering community in addressing the key questions. This was a smart move, and I am convinced that we can work together as a profession, and across-disciplines, to develop sustainable solutions to these global challenges.

This month, IChemE will once again join forces with AIChE, to discuss the nexus. Richard Darton will join Dale Keairns and Hank Kohlbrand at the AIChE’s meeting in Atlanta in the World Café. The event will include presentations the UN Food and Agriculture Organisation, the US Environmental Protection Agency and Shell.

Richard is one of IChemE’s leading thinkers on the subject of sustainable development and the role of the chemical engineer. I know that he’ll make a thought-provoking contribution and I look forward to hearing more about the event.

There are other opportunities for chemical engineers to get their teeth into the nexus challenge. Regardless of their industry sector, every reader of this blog has a part to play.

Take a look at IChemE’s first Green Paper, Water Management in the Food and Drink Industry. It features some useful case studies, suggests some solutions and is designed to prompt a debate on the best way forward in the water-food area of the nexus.

So if you haven’t heard about the nexus before reading this post, I urge to find out more.  This report from the Stockholm Environment Institute is a good starting point.

Armed with this new knowledge, I want all chemical engineers; whether you’re doing a student design project or you’re developing new plants, processes or products in industry, to think about the nexus challenge and promote a greater understanding of it.

We are all pieces in the jigsaw that is sustainable living in the 21st century – because chemical engineering matters.